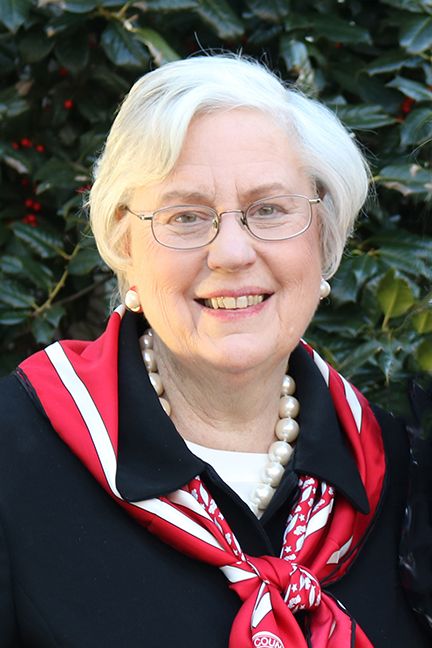 Dear Country School Community,
I am honored that the Board has invited me to serve as the Acting Head for The Country School at this critical time.  Having greatly enjoyed my time as a Trustee, I am now excited to begin a new chapter with this wonderful school. I am even more eager to stand outside every morning to shake hands with our students and to get to know each one by name.

I thought you might be interested to know a little bit about me. While I think you might call me a “Baltimorean,” I have had a long connection and affection for the Eastern Shore. My father was born in Princess Anne and raised in Queenstown. I think he attended a grammar school in Chestertown that was connected to Washington College. When I was the age of our Upper School students, I spent time each summer in Queenstown with Benny and Anna Lane, who owned the general store there.  Among my fondest memories of these visits are the penny candy selections in their store, the delicious ice cream cones that I got from the drugstore across the street and the ability to wander safely throughout the town.  Growing up in Baltimore, I enjoyed the friendliness and freedom of being in a smaller, less urban community.

I attended Roland Park Country School in Baltimore and was the middle of a three-generation family there: my mother and later my daughter were also graduates.  I went on to Middlebury College in Vermont and majored in English and ultimately received an MLA degree from Johns Hopkins University.  From my earliest years, I always wanted to be a teacher and began my career as a kindergarten teacher in Charlottesville, Virginia.  However, most of my teaching was divided between Gilman School and Roland Park Country School: I served for 24 years in each of those schools, learning much from Redmond C. S. Finney, Headmaster of Gilman and a great mentor to me, and from all my colleagues at Roland Park Country School when I began there as their Head in 1992.
I worked closely with Neil Mufson on several AIMS (Association of Independent Maryland and DC Schools) committees over the years and hold him in great respect.  I was deeply touched that he and Board President Justin Nonemaker reached out to ask me to become a member of The Country School Board of Trustees when I retired from RPCS in 2016.  Education has been my passion all my life, and in retirement I have found great satisfaction and continued professional growth in my on-going work for and with schools in Maryland.  In addition to serving on the Board of The Country School, I am also on the AIMS Board of Trustees as well as the Boards of The Jemicy School in Owings Mills and The Lillie May Carroll Jackson School, a Baltimore City Charter School that was founded by Roland Park Country School during my tenure there.

Reading and cooking have been hobbies throughout my life.  I read more recipes now than I prepare them, but I still try to keep my hand in somewhat!  I also love live theater and serve on the Board of the Everyman Theatre in Baltimore.  I am thrilled that Everyman is able to reopen in person for the 2021-2022 season.  My younger granddaughter attends Sarah Lawrence College in Bronxville, New York and is majoring in Musical Theater.   One of the things I have missed during the pandemic has been meeting her in New York City to take her to see theater productions there.  My other granddaughter will be a senior at Harvard and is majoring in Archaeology.  My daughter Marion is the Director of Alumnae Relations at The Ethel Walker School in Simsbury, Connecticut.  My brother teaches at McDonogh School and my sister-in-law taught music at both McDonogh and Roland Park Country School.  After my father died, my mother returned to teaching for many years.

Education has been more than my profession; it is deeply embedded within my life.  As such, I support and celebrate The County School’s child-centered curriculum and its commitment to having all of us in the School community, “do our best, always.”  I pledge to all of you that I will strive to do my best for The Country School while I am the Acting Head.

The nine values that are found on so many walls throughout the School compel me, as I hope they do you: honesty, respect, responsibility, compassion, generosity, commitment, cooperation, fairness, moral courage. I hold these principles of integrity up to us all as we begin this 2021-2022 academic year.  I will be on campus starting August 2 and look forward to meeting you soon.