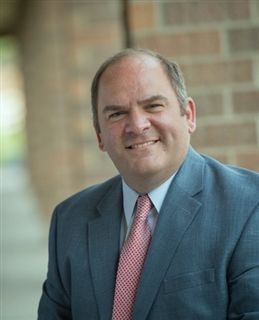 On October 28, The Country School Board of Trustees announced its unanimous decision to appoint William F. Ennist, Jr. as the sixth Head of School, effective July 1, 2020.
From a field of approximately 100 candidates vetted by highly regarded independent school search firm Carney, Sandoe & Associates and The Country School's Search Committee, Bill quickly emerged as the clear front-runner. Bill will relocate to Easton from Fort Wayne, Indiana, where he has been Head of The Canterbury School since 2016. Bill has also served as Assistant Head of School for Academics at Flint Hill School in Oakton, Virginia, and has held various positions at several other independent schools.
Through his twenty-six year journey in education, Bill has acquired a wide-ranging background as a teacher, coach, administrator, marketing director, advancement professional, and Head of School. His knowledge of and experience with child and adolescent growth, curriculum and educational program development, financial planning, fundraising, and enrollment management make him extraordinarily qualified to take over the reins from Neil Mufson, The Country School’s beloved Head who will retire at the end of his thirtieth year.
Bill’s educational philosophy is in great alignment with The Country School mission to foster excellence, develop strong character, value diversity, and instill a lifelong love of learning. Bill says, “This high level of focus on the potential of each individual resonates strongly with me, as it is consistent with my own philosophy and reflective of the spirit of the work that I have accomplished on behalf of students during my career.”
Bill grew up in a small town in New York state and received his Bachelor of Arts degree from Union College, majoring in Economics and Spanish. He earned a Master of Arts degree in Spanish Language and Literature from Yale University in 1993 and a second Master of Arts degree in Curriculum and Instruction in 2000 from Fairfield University. Bill and his wife Robin have three children: son Connor is in the architectural program at Virginia Tech; daughter Paige is at Indiana University; and son Tyler is currently a senior at Canterbury School and is in the process of deciding where he will attend college next fall. Bill and Robin have spent some time in the Easton/St. Michaels area in past years and came to love the Eastern Shore. They are both looking forward to moving here and becoming a part of The Country School and Talbot County.
As The Country School community looks forward to Bill and Robin’s arrival, Neil Mufson’s visionary leadership will continue to position The Country School with great positive momentum for the future. The School’s constituencies are confident that Bill’s vision, leadership style, and extensive experience with independent schools qualify him as the ideal person to lead The Country School into its next chapter and beyond.

Archive
© 2017 The Country School. All Rights Reserved.
The Country School does not discriminate on the basis of race, color, religion, age, gender, nationality, ethnic origin, or sexual orientation in the administration of its educational, admission, and employment policies, or its financial aid, athletic, and other school administered programs.
716 Goldsborough Street, Easton, MD 21601 • 410.822.1935